The POSEIDON team participated to the BigDataOcean project which was aimed in the efficient management of big volume marine data through cutting edge technologies in order to support the needs of the marine industry and the marine science. The main target of the project was the development of a platform where big volume data gathered from different sources could be combined providing synthetic products to the end users. Four targeted pilot applications were developed during the project’s lifetime, including the “Mare Protection Pilot” which was based on the POSEIDON oil spill model and the use of forecasting products from the POSEIDON system and Copernicus Marine service (CMEMS).

Final release of the Mare protection pilot application, May 2019

The final version of the Mare protection pilot is now available. The final release contains three different cases (general forecasting mode, limited risk assessment study, underwater oil spill release) and it has taken into account all the comments and suggestions received during the evaluation period. The announcement was sent to several oceanographic group mailing lists, while separate communication made to companies, non-governmental organizations and state authorities that are dealing with the marine environment. A webinar has already been scheduled for the mid-June where the BDO platform and the Mare protection pilot will be presented to offshore drilling companies as well as to companies combating the oil spill pollution

The BDO platform together with the Mare Protection pilot service that have been developed by HCMR were presented through a dedicated presentation during the MONGOOS Workshop on ocean applications, that was held in Genoa on 4th and 5th of December 2018. The combined use of data collected in the ocean form different sources through the main BDO dashboard was shown, while the pilot application regarding the simulation of an oil spill dispersion in the Mediterranean Sea was explained in details. After the presentation, many comments and suggestions were made by the audience, regarding the user interface, the presentation of the time series together with the quality control flags, the limitations exist for the visualization of the numerical modelling results. All these comments were writing down by the HCMR team and will be discussed with the BDO software developers.

The Big Data Ocean’s mid-term review took place at the EU Offices in Luxembourg on Thursday 24th of May 2018. The BDO coordinator and the key partners of the project presented in details the progress made so far in the development of the BDO platform together with the four pilot applications that will be used as project’s showcases. HCMR made an extended presentation of its own development of “Mare protection” pilot application, which included the main justification for the implementation of such an application in the BDO platform, the different scenarios and test cases that will be available to the end users and the relevant key performance indicators that will be used for the final evaluation. The reviewers accepted the necessity of such a pilot application in the BDO platform and made specific remarks on the selection of the different scenarios, the input used from the end-users in the design of this application as well as they recommended specific changes in the selected key performance indicators in order to represent more clearly the market-oriented criteria.

BigDataOcean (BDO) participated at the European Big Data Value Forum (EBDVF) which took place at Versailles, France between 21 and 23 of November 2017. The BDO presence was made through a dedicated booth and the three presentations given during the event’s sessions. Representatives from four different partners of the project (NTUA, MarineTraffic, HCMR, ISMB) attended the event. At the project’s booth, the BigDataOcean partners had the opportunity to discuss the benefits of using the platform with numerous stakeholders that stopped by during the three days of the event 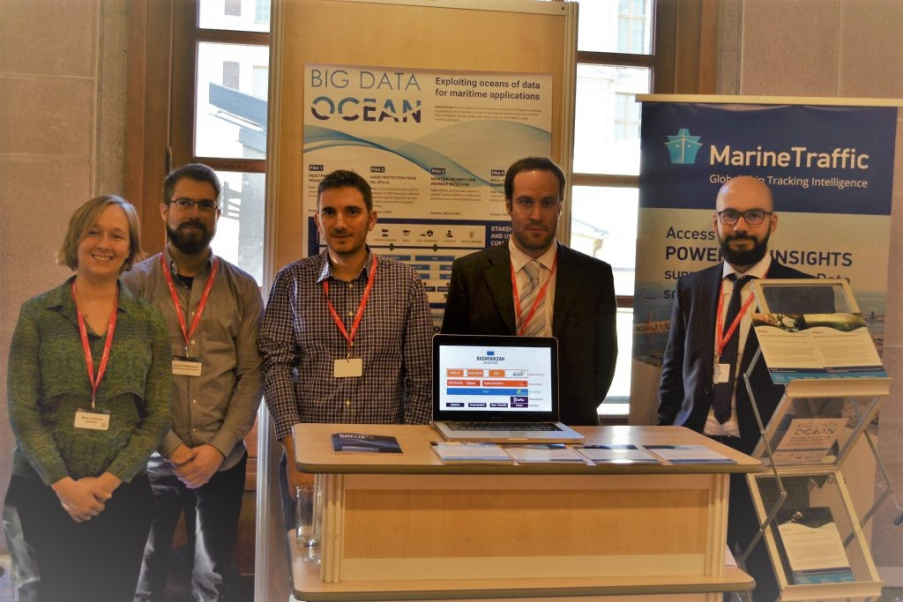 During 10th and 11th of January 2017, the kick-off meeting of the “Big Data Ocean” (BDO), an H2020 ITC 30 months project, took place in the NTUA campus in Athens. It is the first ITC project for HCMR’s Operational Oceanography group, which will provide to the project its expertise in the fields of the marine data management and service operation, while it will acquire knowledge on the handling of Big Data archives. As the next generation ocean observation will enable rapid and wide distribution of information (data, methods and products), the real-time delivery of large, multivariate data sets, with increasing temporal and spatial resolution, will demand a new approach to data handling from storage and open access, to integration and standardization. Therefore, it is evident that the field of Information and communication technologies (ICT) will be an increasingly crucial component of the marine data management infrastructure. According to the project’s description of work, HCMR will develop and implement a pilot application called “Mare protection”, where the Poseidon OSM model will be used under specific configurations using data from different sources that is available through the Big Data Ocean platform. HCMR has also the responsibility to coordinate the pilot activities that will be developed during the project and to evaluate the overall performance of the BDO services. 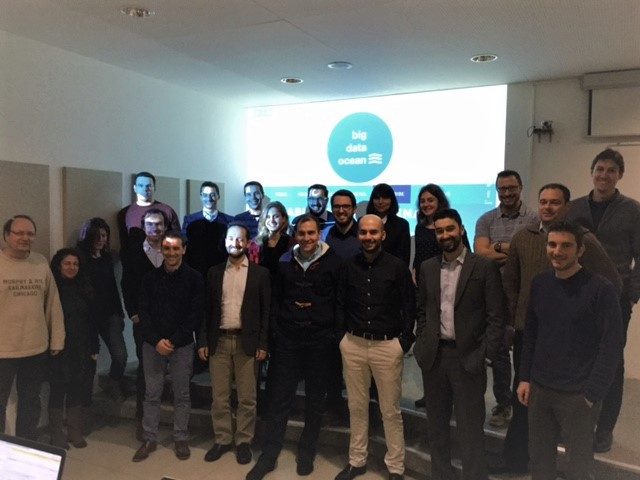