The Copernicus Marine Environment Monitoring Service (CMEMS) is one of the six pillar services of the EU (European Union) Copernicus programme.  The CMEMS provides regular and systematic reference information on the physical and biogeochemical ocean and sea-ice state for the global ocean and the European regional seas. This capacity encompasses the description of the current situation (analysis), the prediction of the situation 10 days ahead (forecast), and the provision of consistent retrospective data records (reprocessing and reanalysis). CMEMS provides a sustainable response to European user needs in four areas: (i) maritime safety, (ii) marine resources, (iii) coastal and marine environment, and (iv) weather, seasonal forecast and climate. A major objective of the CMEMS is to deliver and maintain a state-of-the-art European service responding to public and private intermediate user needs, and thus involving explicitly and transparently these users in the service delivery definition.

The backbone of the CMEMS relies on a distributed architecture of production centers for observations (Thematic Assembly Centres—TACs), modeling/assimilation (Monitoring and Forecasting Centres—MFCs) and a Central Information System (CIS) (Figure 1); it includes:

(text derived from “From Observation to Information and Users: The Copernicus Marine Service Perspective” doi: 10.3389/fmars.2019.00234)

The Institute of Oceanography of HCMR, after its successful participation in MyOcean I, II & FO projects, is a member of the CMEMS consortium since the official launch of the service in May 2015, supporting the provision and the evolution of the products in the Mediterranean Sea. HCMR operates the following nodes of CMEMS: 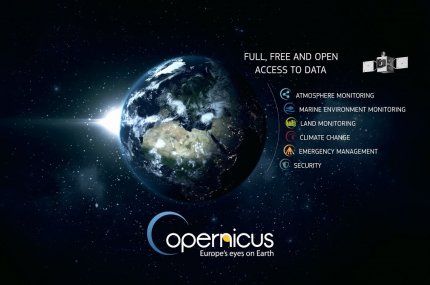