The Euro-Argo research infrastructure organizes and federates European contribution to Argο network and it is part of the European ESFRI roadmap on large research infrastructures. The Euro-Argo ERIC (European Research Infrastructure Consortium) and its governance structure (Council, Management Board and Science and Technological Advisory Group) was set up by the Commission Implementing Decision (2014/261/EU) of May 5, 2014, with 9 funding members. The Research Infrastructure is made up of a central office based in France (Ifremer, Brest) and distributed national facilities. The distributed national facilities operate with direct national resources. As part of the Euro-Argo Research Infrastructure, they agree to a multi-annual commitment of resources (in particular in terms of floats to be deployed and for the data system), and to coordinate their activities through the Euro-Argo ERIC. The Euro Argo ERIC delegates some of its activities to the national facilities who have the relevant expertise (e.g. data management and quality control, float deployment), and according to their areas of responsibility. In 2019, the Euro-Argo ERIC involves 13 countries: 11 members, 1 observer and 1 candidate.

The Greek Argo Research Infrastructure has been contributing to the oceanographic monitoring and forecasting activities of the Eastern Mediterranean since 2012, when Greece established national contribution to the ARGO project through national funding to the Greek Argo programme (2012-2015). It is coordinated by the Institute of Oceanography of the Hellenic Centre for Marine Research (HCMR), being a part of the POSEIDON main observatory and contributes also to the Hellenic Integrated Marine and Inland Water Observing, Forecasting and Offshore Technology System (HIMIOFOTS). Furthermore, Greek Argo RI has contributed to the establishment of the Euro-Argo Research Infrastructure in 2014 and since then, it participates to the Euro-Argo ERIC representing Greece as a full member. Under the framework of the Greek Argo activities, 30 Argo floats have been successfully deployed, 5 of them recovered and 3 redeployed, within the past eight years, enhancing the operational oceanographic monitoring of the Eastern Mediterranean. More than 2500 profiles have been so far acquired in sub-basins of the Aegean, Ionian, Libyan, and Levantine Seas that were previously under-sampled. Along with the float deployments, the Greek Argo team has been exploiting Argo data for operational forecasting as well as for research studies and applications. Furthermore, it participates in Argo related research projects, contributes to the European strategy of oceanographic monitoring, provides deployment opportunities and synergies with other RIs, and promotes operational oceanographic activities through educational, outreach and communication initiatives at national level. 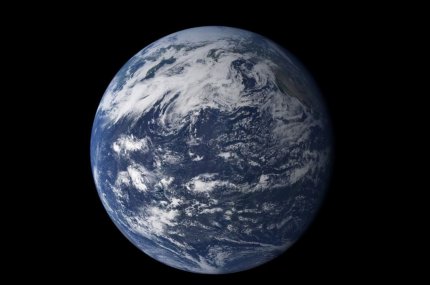